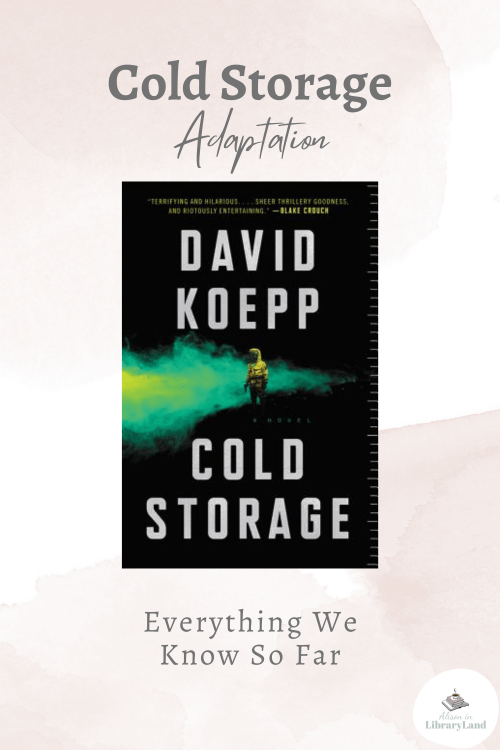 The Cold Storage adaptation is a very interesting project because while the book is technically the author’s first novel, he happens to have had an extremely successful screenwriting career before it. David Koepp is actually in the top ten of most successful screenwriters based on box office numbers. He helped write movies such as the first two Jurassic Park’s, the first Mission Impossible, Spider-Man (2002), War of the Worlds (2005), and many more.
With that kind of career it’s no surprise his first book was picked up quickly for adaptation. And it’s even less of a surprise that he will be handling the screenwriting duties himself. This has the potential to be a very big release.
This page was updated: 7/28/22

About The Book:
When Pentagon bioterror operative Roberto Diaz was sent to investigate a suspected biochemical attack, he found something far worse: a highly mutative organism capable of extinction-level destruction. He contained it and buried it in cold storage deep beneath a little-used military repository. Now, after decades of festering in a forgotten sub-basement, the specimen has found its way out and is on a lethal feeding frenzy. Only Diaz knows how to stop it.

He races across the country to help two unwitting security guards—one an ex-con, the other a single mother. Over one harrowing night, the unlikely trio must figure out how to quarantine this horror again. All they have is luck, fearlessness, and a mordant sense of humor. Will that be enough to save all of humanity?

Current Production Status:
The project is currently in the casting stage of pre-production.

Cold Storage Adaptation Timeline:
The book was first published in September 2019. In May 2022, the adaptation was announced with Liam Neeson and Joe Keery attached to star. It is expected to start filming in Fall 2022.

Who Owns The Rights:
Paramount pictures owns the right for production and distribution.

Who Is Attached:
Liam Neeson and Joe Keery are currently attached to star. Jonny Campbell is set to direct.
David Koepp is handling the screenwriting himself.

Filming Locations:
Because this project is currently in pre-production there are currently no filming locations.

Estimated Release:
Because this project is currently in pre-production there is no current estimated release.

Other Adaptations From This Author:
Koepp’s second novel Aurora, which was released in June 2022, is currently in development at Netflix.

Cold Storage Adaptation: Everything We Know So Far

Hi there! I’m Alison in Libraryland, and I’ll be here for all your book related needs. Many of you know me as the girl with the book recommendations. Don’t be shy! Ask me! If you’re looking for a good book or movie adaptation, let me help you find it. I’ll be here for all your literary needs. This is a book blog run on an obsession for shiny new books, worn-through old classics, and all attempts at moving those stories to the screen, just like this Cold Storage adaptation! Beneath A Scarlet Sky Adaptation: Everything We Know So Far About The Stunning Story