The Firekeeper’s Daughter adaptation, based on the best selling young adult novel by Angeline Boulley, is heading to Netflix. The author is an enrolled member of the Sault Ste. Marie Tribe of Chippewa Indians who writes about her own community and uses that to build wonderful fictional stories grounded in the realities of the tribes world.
It’s no surprise that this book hit the best seller list and was picked up for adaptation almost immediately. While this project is still very early on in it’s development, a second book is expected in early 2023 for those of you who can’t wait to spend more time in this world.
This project is part of the Higher Ground (Barack and Michelle Obama) production company’s deal with Netflix.

As a biracial, unenrolled tribal member and the product of a scandal, Daunis Fontaine has never quite fit in—both in her hometown and on the nearby Ojibwe reservation. When her family is struck by tragedy, Daunis puts her dreams on hold to care for her fragile mother. The only bright spot is meeting Jamie, the charming new recruit on her brother’s hockey team.

After Daunis witnesses a shocking murder that thrusts her into a criminal investigation, she agrees to go undercover.
But the deceptions—and deaths—keep piling up and soon the threat strikes too close to home. How far will she go to protect her community if it means tearing apart the only world she’s ever known?

The series is currently in the early stages of development as of Summer 2022.

The book was first published in March 2021 and became a New York Times best seller. That same month it was announced that the right’s had been purchased for a series Firekeeper’s Daughter adaptation that would be on Netflix.
In a Reddit AMA in early 2022, the author answered a few questions about the series including naming the head writer.

Higher Ground (the Obama’s production company) purchased the right’s to adapt the book. Netflix is attached with distribution rights.

Wenonah Wilms is the head writer for the series. There have been no director or casting announcements made yet.

Because this project is in the early stages of development there are no filming locations yet. The author has expressed hope that the ferry scenes will be filmed in the Soo, but this is just a hope and nothing official.

Because this project is in the early stages of development there is no estimated release time. 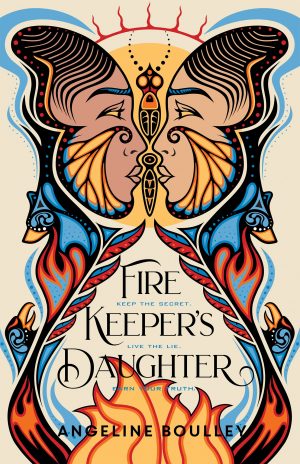 This is author Angeline Boulley’s debut novel, which means there are no other works to adapt yet!

Firekeeper’s Daughter Adaptation: Everything We Know So Far About The Exciting New Netflix Project

Hi there! I’m Alison in Libraryland, and I’ll be here for all your book related needs. Many of you know me as the girl with the book recommendations. Don’t be shy! Ask me! If you’re looking for a good book or movie adaptation, let me help you find it. I’ll be here for all your literary needs.
This is a book blog run on an obsession for shiny new books, worn-through old classics, and all attempts at moving those stories to the screen, just like this Firekeeper’s Daughter Adaptation.

If you can’t wait for this adaptation, and want to know what’s coming out soon to add to your to be read list, make sure to check out 2022 Books to Screen Adaptations. wpDiscuz
We use cookies to ensure that we give you the best experience on our website. If you continue to use this site we will assume that you are happy with it.Got it!