The Invisible Life of Addie LaRue adaptation might just be in the top 5 most anticipated stories to see brought to the screen by book lovers. For a long time in the last couple years you couldn’t enter any internet book-space without coming across people praising, and crying over this title.
A fantasy novel that managed to appeal to readers of all genres, this book is made for the big screen.

France, 1714: in a moment of desperation, a young woman makes a Faustian bargain to live forever and is cursed to be forgotten by everyone she meets.
Thus begins the extraordinary life of Addie LaRue, and a dazzling adventure that will play out across centuries and continents, across history and art, as a young woman learns how far she will go to leave her mark on the world.

But everything changes when, after nearly 300 years, Addie stumbles across a young man in a hidden bookstore and he remembers her name.

The project is currently in the pre-production stages but a finished script has been confirmed.

The book was first published in October 2020 and spent 43 weeks on the New York Times bestseller list, selling over one million copies in it’s first year.
Shortly after release it was announced that eOne had acquired the film rights. The author of the book was attached as the screenwriter for the adaptation. But a year later in November 2021 it was announced that Augustine Frizzell and David Lowery would be taking over the script, and that Augustine would be directing.
In September 2022 V.E. Schwab announced in a series of Instagram stories that they had read the finished script and that production was still moving along.

Husband and wife duo Augustine Frizzell and David Lowery are writing the screenplay and directing.

Because this project is still in early development there are no known filming locations yet.

Because this project is still in early development there is no estimated release yet. 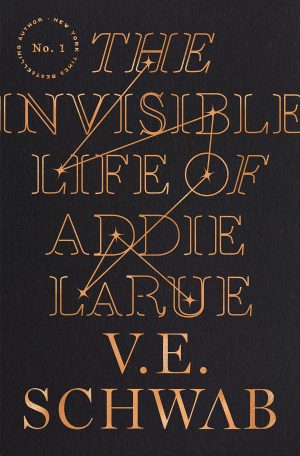 ‘First Kill’ based on a short story published in an anthology, was adapted into a series on Netflix. The first season released on June 10th, 2022.

Hi there! I’m Alison in Libraryland, and I’ll be here for all your book related needs. Many of you know me as the girl with the book recommendations. Don’t be shy! Ask me! If you’re looking for a good book or movie adaptation, let me help you find it. I’ll be here for all your literary needs. This is a book blog run on an obsession for shiny new books, worn-through old classics, and all attempts at moving those stories to the screen, including this The Invisible Life of Addie LaRue Adaptation.