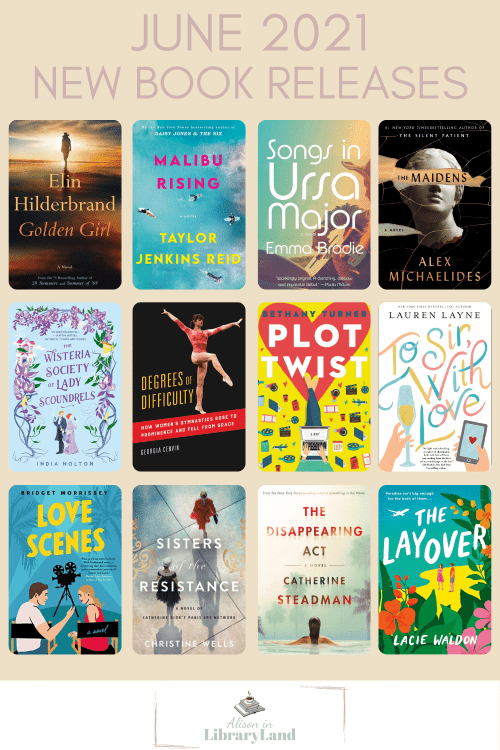 June means the sun is FINALLY out and it’s finally reading outside season😎 As for new releases, there are a lot of fun contemporary and beach reads that match the Summer mood.

This year summertime also means the Olympics though and while I have a bunch of plans for content focused on ~sports~ coming up, we’re kicking it off with a new release about the world of international gymnastics. Written by a former elite level gymnast who now is a research fellow at University of Western Australia, ‘Degrees of Difficulty’ looks at how the 1970’s changed the entire foundation of the sport and then how that change led to the abusive system being unraveled today. As a former gymnast I’m very intrigued by this one!

And if you don’t feel like waiting for these books to be released, check out the previous months that are already out!
March.
April.
May.

by Taylor Jenkins Reid
bookshop.org // Kindle // Audiobook
Malibu: August 1983. The four children of legendary singer Mick Riva are successful, famous, and watched by the world. Nina is hosting her annual end-of-summer party despite just being publicly dumped by her husband. The other Riva children have their own problems as well and when the clock strikes midnight the party will be out of their control. By morning, the Riva mansion will be up in flames.
For Fans Of: 80’s Historical Fiction, Christina Lauren

by Elin Hilderbrand
bookshop.org // Kindle // Audiobook
Vivian Howe is out for a jog when she’s killed by a hit-and run. The author and mother of three is taken to the Beyond where she’s allowed to watch what happens to her family for one last summer. She’s also granted three “nudges” to change the outcome of events on earth. With three children all in need of help, and one last book with a secret that could destroy her reputation, Vivian must decide how to help everyone move on.
For Fans Of: Jennifer Weiner, Mary Kay Andrews

by Sara Flannery Murphy
bookshop.org // Kindle // Audiobook
Nine children were conceived as miracles, without male dna, and then raised in a commune. A fire destroys their homes and kills two Homesteaders leading the rest of the families to scatter around the country. When her mom goes missing, Josie sets off to track down her estranged sisters to help her figure out that clues left behind that not only uncover secrets of their origins but also abilities they never knew they had, abilities someone out their wants to eradicate.
For Fans Of: Margaret Atwood, Orphan Black

Sisters of the Resistance

by Christine Wells
bookshop.org // Kindle // Audiobook
France, 1944. Sisters Gabby & Yvette hate the Nazis still occupying their beloved Paris so it’s no surprise when they’re both recruited into the Resistance, run by Catherine Dior-sister of the well known designer. As their swept into the world of spies they soon realize their lives are in danger. As one sister falls in love and the other lets her impulsiveness lead her into higher levels, they will learn that their hearts are at risk as well.
For Fans Of: Historical Fiction, Kate Quinn

The Missing Treasures of Amy Ashton

by Eleanor Ray
bookshop.org // Kindle // Audiobook
After a terrible tragedy, Amy has decided it’s easier to love things than people, things won’t leave you. The once aspiring artist now spends her days simply collecting beautiful objects instead of making them. But when a new family moves in next door Amy will be forced to face why she cut herself off from the world in the first place, and how to find her way back.
For Fans Of: Eleanor Oliphant Is Completely Fine, Beth O’Leary

by Catherine Steadman
bookshop.org // Kindle // Audiobook
Mia is a British star off to try to make it Hollywood along with everyone else flying from around the world for pilot season. At an audition she meets Emily who is kind and friendly and a breath of fresh air compared to the ruthless competition of auditioning. But a simple favor turns complicated when a Emily goes missing and Mia is the last person to see her. When a different woman shows up on her doorstep claiming to be her new friend Mia is forced to play the role of a lifetime and risk her sanity trying to figure out what happened to the girl she only met once.
For Fans Of: B.A. Paris, Psychological Thrillers

by Virginia Hume
bookshop.org // Kindle // Audiobook
1944: Maren wants to do her part for the war, so she becomes a cadet nurse and gets swept off her feet by a handsome doctor. They see the world but always come back to his small Maine community every summer. 1970: Maren’s teenage daughter, Annie, is fiercely independent but when tragedy strikes during the summer she vows never to go back to Haven’s Point. 2008: Annie’s daughter returns to Haven’s Point to scatter her mother’s ashes. Maren knows her granddaughter doesn’t like Haven’s Point either, but she doesn’t know what really happened that fateful Summer.
For Fans Of: Elin Hilderbrand, Mary Alice Monroe

Pack Up the Moon

by Kristan Higgins
bookshop.org // Kindle // Audiobook
Josh and Lauren are the perfect couple, until a terminal illness diagnosis takes it all away. Josh struggles through the last months of Lauren’s life but she has a plan. After she passes Josh is left with a letter for every month of the first year she’s gone. She walks him through his anger and pain, and leads him forward into a new life without her.
For Fans Of: Christina Lauren, Nora Roberts

A Dark and Secret Place

by Jen Williams
bookshop.org // Kindle // Audiobook
When Heather returns home after her mother’s suicide, she’s shocked to find a stack of letters from a notorious serial killer. Michael Reave, known as the “Red Wolf”, has been in prison for over 20 years despite his insistence that he’s innocent. Heather and the police have no reason to believe him until a new body is found in the exact same ritualistic way. What did Heather’s mother know?
For Fans Of: Jane Harper, Mystery Thrillers

by Alex Michaelides
bookshop.org // Kindle
Edward Fosca is the charismatic and untouchable professor of Greek Tragedy at Cambridge University. He’s especially adored by the secret society known as The Maidens. Mariana is a former student of the university, now a group therapist who gets fixated when a member of The Maidens, a friend of her niece, is murdered. She’s convinced it’s Edward and that something more sinister is being hidden by the beauty and traditions of the school, especially when another body is found.
For Fans Of: The Secret History, Greek Mythology

by Bethany Turner
bookshop.org // Kindle // Audiobook
February 4th, 2003 is just a normal day for greeting card writer Olivia. But a meet-cute with an aspiring actor leads to a pact: in ten years they’ll partner up and use the success they’ve achieved to make a movie together. Except they forget to exchange names. Olivia begins working towards her real dream of finishing up a screenplay and as the years go by she’s pretty sure the face she remembers is the now A-lister Hamish MacDougal. A lot can happen in a decade, and sometimes being focused on the future means missing what’s in front of you now.
For Fans Of: Sophie Kinsella, Rom-Com’s

The Wisteria Society of Lady Scoundrels

by India Holton
bookshop.org // Kindle // Audiobook
Cecilia is a pefect Victorian lady, except for the part where she’s a thief and member of the Wisteria Society crime sorority. These ladies fly around England and do questionable things just as well as they drink tea. Ned Lightbourne becomes smitten with Cecilia from the first meeting, it’s really a shame that he’s a sometimes assassin who has been hired to kill her.
For Fans Of: Victorian Era Fiction, To Have and to Hoax

by Lacie Waldon
bookshop.org // Kindle // Audiobook
After ten years of being a flight attendant with no roots, Ava Greene is ready to settle down. On what’s supposed to be her last trip she gets finds hot former pilot Jack Stone, and he has the nerve to flirt with her like he wasn’t the reason for one of her most humiliating nights. But when a quick stop turns into a weekend layover she finds that spending time with him will make her second-guess who he is and what she wants from life.
For Fans Of: Contemporary Romance, Emily Henry

Degrees of Difficulty: How Women’s Gymnastics Rose to Prominence and Fell from Grace

by Georgia Cervin
bookshop.org // Paperback
Gymnasts like Olga Korbut and Nadia Comăneci helped make Olympic gymnastics the spectacle it is today, but the sport didn’t use to rely younger and younger girls. Degrees of Difficulty looks at how this Cold War era of the bred a worldwide system of exploitation and abuse in a sport the world loves to watch.
For Fans Of: Gymnastics, Non-Fiction Sports

by Bridget Morrissey
bookshop.org // Kindle // Audiobook
Sloane Ford is recently out of work but luckily her Hollywood royalty family gets her a producing gig on their new movie. When the lead actress is suddenly fired Sloane is given the role, only now she has to pretend to be in love with her least favorite former co-star. Joseph Donovan swears he’s changed but Sloane isn’t so convinced.
For Fans Of: Rom-Com’s, Sarah Hogle

by Emma Brodie
bookshop.org // Kindle // Audiobook
When headliner of the Bayleen Island Folk Fest Jesse Reid is in an accident on the way to his show, local musician Jane and her band are asked to step in. The performance goes better than well and a new star is born. As Jane takes on newfound fame and a recording contract, a recovering Jesse stays on the island and coached her through it all. Eventually they head out to tour the world together but in all the late nights and wild parties Jane stumbles on a secret behind the truth of Jesse’s music.
For Fans Of: Taylor Jenkins Reid, 70’s Era Historical Fiction

To Sir, with Love

by Lauren Layne
bookshop.org // Kindle // Audiobook
When Gracie Cooper’s father dies she decided to put aside her own dreams and take over his Manhattan champagne shop. But she quickly learns that profit margins have been squeezed tighter and tighter, and there’s a big time corporation, led by the handsome but infuriating Sebastian Andrews, just waiting for her to agree to a buyout. Feeling overwhelmed Grace ends up seeking solace from the mysterious guy she’s been matched with on a blind dating app where you exchange messages long before revealing names or pictures.
For Fans Of: You’ve Got Mail, New Adult Romance

by Marie Benedict, Victoria Christopher Murray
bookshop.org // Kindle // Audiobook
Based on a true story: Bella de Costa Greene is hired by J.P. Morgan to curate a rare collection for his new library. This job lead to her becoming a fixture in the powerful world of New York art and society. But she has a secret that could destroy everything, her father is the first black graduate from Harvard and her alleged Portuguese heritage is just a rouse to let her pass as white.
For Fans Of: Historical Fiction, Kristin Hannah 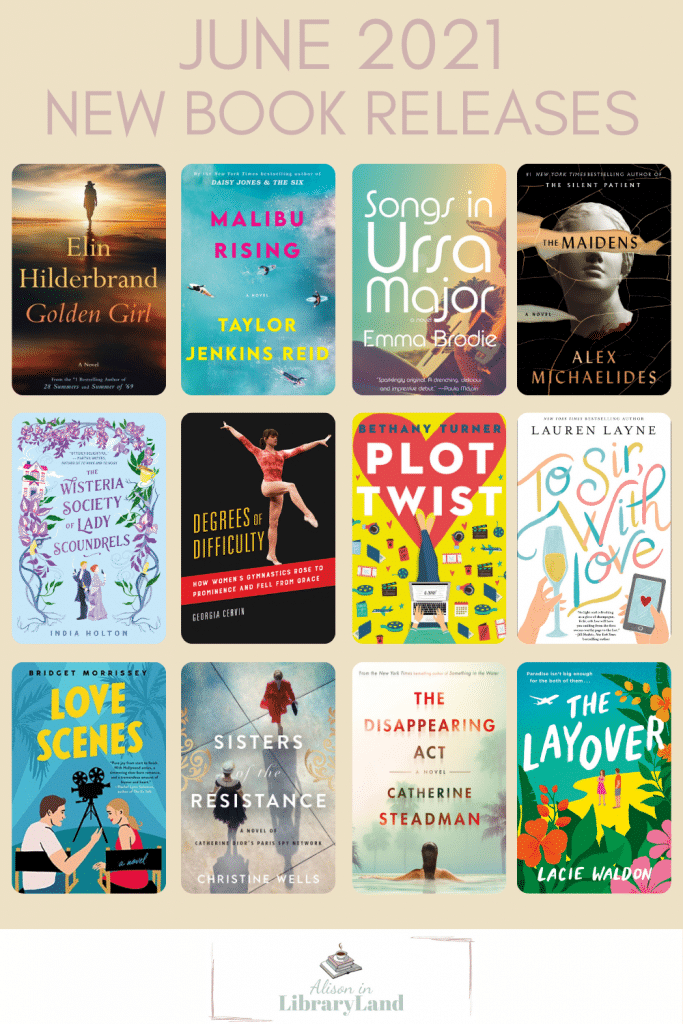 Matilda Netflix Adaptation (2022): Everything We Know So Far About This New and Exciting Remake 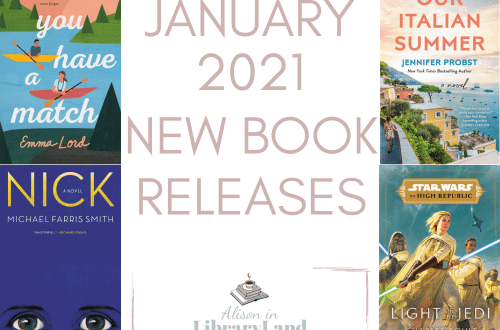 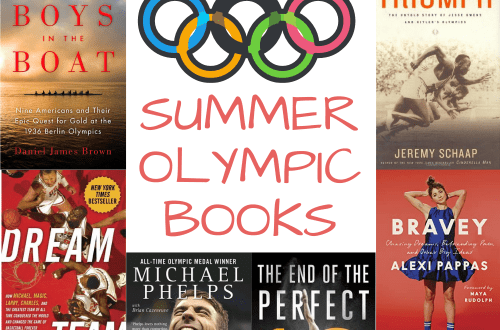 Books About Every Summer Olympic Sport: Biographies, Histories, and More