After being on nearly every best seller and book club pick list, a Lessons In Chemistry adaptation has all eyes on it. With a big name attached this is sure to be a big time adaptation of a very loved debut novel but Bonnie Garmus.
Combining historical fiction, cooking, romance, and a strong female lead it’s no surprise that this series seems to have the recipe for success.

Chemist Elizabeth Zott is not your average woman. In fact, Elizabeth Zott would be the first to point out that there is no such thing as an average woman. But it’s the early 1960s and her all-male team at Hastings Research Institute takes a very unscientific view of equality. Except for one: Calvin Evans; the lonely, brilliant, Nobel–prize nominated grudge-holder who falls in love with—of all things—her mind. True chemistry results.

But like science, life is unpredictable. Which is why a few years later Elizabeth Zott finds herself not only a single mother, but the reluctant star of America’s most beloved cooking show Supper at Six. Elizabeth’s unusual approach to cooking (“combine one tablespoon acetic acid with a pinch of sodium chloride”) proves revolutionary.
But as her following grows, not everyone is happy. Because as it turns out, Elizabeth Zott isn’t just teaching women to cook. She’s daring them to change the status quo.

The project was first announced in January 2021 by Apple and with Brie Larson attached as the lead.
In July 2022 Larson posted a series of Instagram photos captioned “My Lessons in Chemistry starter pack… 🤫” leading to speculation that the project was in pre-production and preparing to move forward soon with filming.
On August 12th, Apple TV+ released first look photos, confirming that filming had begun.

Aggregate Films and Apple are co-producing the series with Apple having distribution rights for their streaming service.

Brie Larson is set to star in the lead role.

The project is still in early development which means there are no filming locations yet. 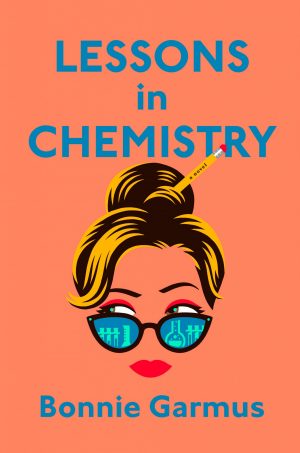 You can find this book in the April 2022 Most Anticipated New Book Releases.

This is the debut novel for Bonnie Garmus.

Lessons In Chemistry Adaptation: Everything We Know So Far About The Inspiring New Series

Hi there! I’m Alison in Libraryland, and I’ll be here for all your book related needs. Many of you know me as the girl with the book recommendations. Don’t be shy! Ask me! If you’re looking for a good book or movie adaptation, let me help you find it. I’ll be here for all your literary needs. This is a book blog run on an obsession for shiny new books, worn-through old classics, and all attempts at moving those stories to the screen, just like this Lessons In Chemistry adaptation! DMZ Adaptation (2022): Everything We Know So Far About The Exciting New Series