With a big name attached to the project right away, the Meet Me In Another Life adaptation has high expectations. A sci-fi love story that had the internet book community swooning as soon as it was released, this story is one we can’t wait to see on screen.

Thora and Santi are strangers in a foreign city when a chance encounter intertwines their fates. At once, they recognize in each other a kindred spirit—someone who shares their insatiable curiosity, who is longing for more in life than the cards they’ve been dealt. Only days later, though, a tragic accident cuts their story short.

But this is only one of the many connections they share. Like satellites trapped in orbit around each other, Thora and Santi are destined to meet again: as a teacher and prodigy student; a caretaker and dying patient; a cynic and a believer. In numerous lives they become friends, colleagues, lovers, and enemies.
But as blurred memories and strange patterns compound, Thora and Santi come to a shocking revelation—they must discover the truth of their mysterious attachment before their many lives come to one, final end.

As of Summer 2022 the project is still in the very early stages of development.

Meet Me In Another Life Adaptation Timeline:

The book was first published in April 2021 and immediately after it was announced that the rights have been optioned and that Gal Gadot was attached to star in a Meet Me In Another Life adaptation.

Atlas Entertainment and Pilot Wave (Gal Gadot’s production company) have partnered together for the feature film.

Gal Gadot is set to star and produce.

With this project still in the early stages of development there are no filming locations yet.

Because this project is still in the early stages of development there is no current estimated release. 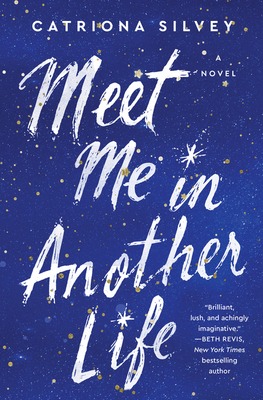 You can find this book in April 2021 Most Anticipated New Releases.

‘Meet Me In Another Life’ was Catriona Silvey’s debut novel, so there are no other works to adapt!

Hi there! I’m Alison in Libraryland, and I’ll be here for all your book related needs. Many of you know me as the girl with the book recommendations. Don’t be shy! Ask me! If you’re looking for a good book or movie adaptation, let me help you find it. I’ll be here for all your literary needs. This is a book blog run on an obsession for shiny new books, worn-through old classics, and all attempts at moving those stories to the screen, just like this Meet Me In Another Life adaptation!