While the first book held the top of the charts for weeks, the Ready Player Two adaptation doesn’t have as high of expectations thanks to mixed reviews. Ready Player One became a subject of mockery and a film with mixed reviews, which transferred over into effecting the interest in a new book and movie.
It took some time for the second book to be written, mostly inspired by diving back into the world as the first movie was being made, but it looks like the adaptation for the second book will also take even longer.

Days after winning Oasis founder James Halliday’s contest, Wade Watts makes a discovery that changes everything. Hidden within Halliday’s vaults, waiting for his heir to find, lies a technological advancement that will once again change the world and make the Oasis a thousand times more wondrous—and addictive—than even Wade dreamed possible.
With it comes a new riddle, and a new quest—a last Easter egg from Halliday, hinting at a mysterious prize. And an unexpected, impossibly powerful, and dangerous new rival awaits, one who’ll kill millions to get what he wants.
Wade’s life and the future of the Oasis are again at stake, but this time the fate of humanity also hangs in the balance.

As of December 2020 movie is in the very early stages of development.

The book was first published in November 2020. Author Ernest Cline has said the inspiration for the book came from working on the adaptation of Ready Player One. In December 2020 it was confirmed that a movie was in the early stages of development.

Warner Bros. currently has the film rights to the series.

Olivia Cooke, who was in the first movie, has said that she has a contract should the Ready Player Two adaptation happen.

Because this project is still in the early stages of development there are no filming locations.

Because this project is still in the early stages of development there is no estimated release. 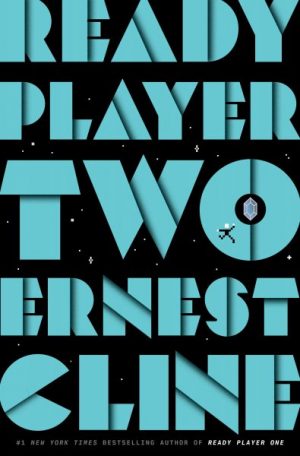 ‘Ready Player One’ the first book in the series was made into a feature film directed by Steven Spielberg.
‘Armada’ has had it’s film rights purchased but has been stuck in early development for years.

Ready Player Two Adaptation: Everything We Know So Far

Hi there! I’m Alison in Libraryland, and I’ll be here for all your book related needs. Many of you know me as the girl with the book recommendations. Don’t be shy! Ask me! If you’re looking for a good book or movie adaptation, let me help you find it. I’ll be here for all your literary needs. This is a book blog run on an obsession for shiny new books, worn-through old classics, and all attempts at moving those stories to the screen, just like this Ready Player Two adaptation!