The Marsh King’s Daughter adaptation, based on the book by Karen Dionne, is going to be a fun one for thriller fans. The book has been lauded by some thriller queen authors like Karin Slaughter and Megan Abbott, which makes anticipation for the movie very high.

About The Book: The mesmerizing tale of a woman who must risk everything to hunt down the dangerous man who shaped her past and threatens to steal her future: her father. Helena Pelletier has a loving husband, two beautiful daughters, and a business that fills her days. But she also has a secret: she is the product of an abduction. Her mother was kidnapped as a teenager by her father and kept in a remote cabin in the marshlands of Michigan’s Upper Peninsula. Helena, born two years after the abduction, loved her home in nature, and despite her father’s sometimes brutal behavior, she loved him, too…until she learned precisely how savage he could be.

More than twenty years later, she has buried her past so soundly that even her husband doesn’t know the truth. But now her father has killed two guards, escaped from prison, and disappeared into the marsh. The police begin a manhunt, but Helena knows they don’t stand a chance. Knows that only one person has the skills to find the survivalist the world calls the Marsh King–because only one person was ever trained by him: his daughter.

The Marsh King’s Daughter Adaptation Timeline:
The book, written by Karen Dionne, was released in June 2017. Nearly a year later in February 2018 the adaptation was announced with a screenwriter, director, and Alicia Vikander to star. It was set to start filming in July 2019 but after that was delayed there was no news until February 2021. A new director was announced with Daisy Ridley joining to star. Filming began in June 2021 and wrapped in August. The film has been in post-production since, and in April 2022 it was revealed that Adam Janota Bzowski was composing the score. 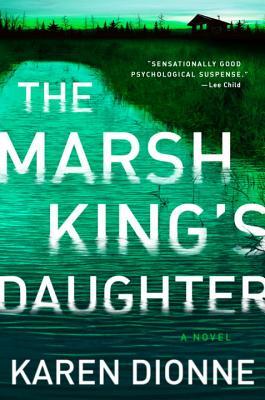 The Marsh King’s Daughter Adaptation: Everything We Know So Far About The Exciting Movie

Hi there! I’m Alison in Libraryland, and I’ll be here for all your book related needs. Many of you know me as the girl with the book recommendations. Don’t be shy! Ask me! If you’re looking for a good book or movie adaptation, let me help you find it. I’ll be here for all your literary needs. This is a book blog run on an obsession for shiny new books, worn-through old classics, and all attempts at moving those stories to the screen, just like this The Marsh King’s Daughter Adaptation!