The Selection Adaptation might be one of the most talked about YA adaptations in the works, but despite the rampant rumors the project has not been moving very quickly. With an extremely excited audience and an author very active on social media any status changes in the production will be latched onto.

For thirty-five girls, the Selection is the chance of a lifetime. The opportunity to escape the life laid out for them since birth. To be swept up in a world of glittering gowns and priceless jewels. To live in a palace and compete for the heart of gorgeous Prince Maxon.
But for America Singer, being Selected is a nightmare. It means turning her back on her secret love with Aspen, who is a caste below her. Leaving her home to enter a fierce competition for a crown she doesn’t want. Living in a palace that is constantly threatened by violent rebel attacks.
Then America meets Prince Maxon. Gradually, she starts to question all the plans she’s made for herself—and realizes that the life she’s always dreamed of may not compare to a future she never imagined.

The book was first released in 2012 and shortly after The CW announced that it was working on a series adaptation starring Aimee Teegarden. The pilot was not picked up for the Fall 2012 season and the lead was recast with Yael Grobglas to try for the 2013 pilot season. That version was also passed over.
Warner Bros. announced in 2015 that it had purchased the film rights for a The Selection adaptation, but there was no progress on the project.
In April 2020 Netflix announced that they would now be adapting the book and named Haifaa Al-Mansour as director.
There have been many casting rumors for the Netflix adaptation but in early June 2022 the author addressed a specific rumor of Sadie Sink being considered with a tweet that said “Ok, here’s your random movie fact for the day. No, I’ve heard nothing about this. I only know of one actress who approached us for the part, and by now I think she’s aged out of it. Don’t ask, I can’t name names.”
A few weeks later she replied to another tweet and stated that she had no news or updates regarding the movie.

DiNovi Pictures and Netflix are producing the film, with Netflix having the distribution rights.

There have been no casting announcements made.
Haifaa Al-Mansour is set to direct with Pouya Shahbazian, and Margaret French Isaac signed on as producers.
Katie Lovejoy is the screenwriter for the adaptation.

Because this project is still in the early stages of development there are no filming locations yet. 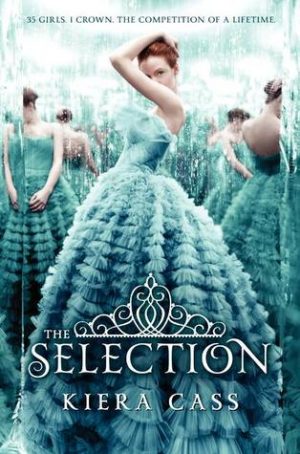 This is the only book by Kiera Cass currently in the works to be adapted.

The Selection Adaptation: Everything We Know So Far About The Highly Anticipated Project

Hi there! I’m Alison in Libraryland, and I’ll be here for all your book related needs. Many of you know me as the girl with the book recommendations. Don’t be shy! Ask me! If you’re looking for a good book or movie adaptation, let me help you find it. I’ll be here for all your literary needs. This is a book blog run on an obsession for shiny new books, worn-through old classics, and all attempts at moving those stories to the screen, just like this The Selection adaptation!