While there has already been a feature film The Spiderwick Chronicles adaptation, trying to cover five novels in one movie left a lot of fans unhappy. Based on the series by Tony DiTerlizzi and Holly Black, the streaming world is the perfect way to create a series that really dives in and hopefully takes the Spiderwick world to screen in a way that lives up to the beloved series.
Fairies have had a bit of a renaissance thanks to the internet book worlds, and Bookstagram, BookTok, and Booktube are all clamoring for those stories to get the adaptations they deserve. And to see more fairies on screen.

Of the three Grace children, Jared has always been thought of as the troublemaker. So when strange things happen after his family’s move to a relative’s dilapidated estate, sister Mallory (Sarah Bolger), twin brother Simon and their mother assume that Jared is behind it all. But after finding a mysterious, handmade field guide penned by Arthur Spiderwick in the attic of the ramshackle old mansion they’ve just moved into, the siblings discover that there’s a magical and maybe dangerous world existing parallel to our own—the world of faerie.
The Grace children want to share their story, but the faeries will do everything possible to stop them…

As of summer 2022 the project is in pre-production with filming expected to begin shortly.

The book was first released in early 2003 with the rest of the series quickly following and having all five books published by late 2004. Nickelodeon Movies produced a film adaptation that was released in 2008, accompanied by a video game.
In November 2021 Disney+ announced that they were developing a series adaptation. Pre-production began a few months later in February 2022. Kat Coiro was announced as the director for the first two episodes in May with production expected to start later in the year.
In late August 2022 it was announced that Lyon Daniels & Noah Cottrell had been cast as the two young leads, and that Christian Slater had signed on as a major lead. Filming began in September in Vancouver, British Columbia.
Jack Dylan Grazer was added to the cast in December.
The Spiderwick Chronicles adaptation is currently slated for a 2023 release.

Disney+, 20th Television, and Paramount Television Studios are the production companies for the series with Disney+ having the distribution rights.

Kathleen Shugrue is leading the adaptation. Kat Coiro is executive producing and will be directing the first two episodes of the series.
Lyon Daniels, Noah Cottrell, and Christian Slater are the first leads cast.

The series is scheduled to film in various locations around Vancouver, British Columbia.

With production and filming expected to start in late 2022, a late 2023 release is expected. 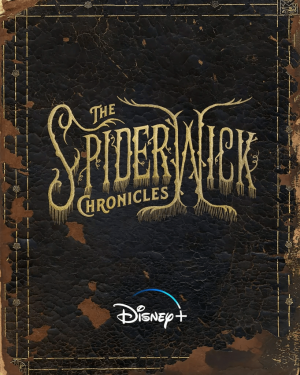 The 2008 The Spiderwick Chronicles Adaptation is the only work adapted so far for either author.
Holly Black has had the rights optioned for the ‘Curse Workers’ and ‘The Folk of the Air’ series but no development has happened on either of those projects.

The Spiderwick Chronicles Adaptation (2023): Everything We Know So Far About The New Disney+ Series

Hi there! I’m Alison in Libraryland, and I’ll be here for all your book related needs. Many of you know me as the girl with the book recommendations. Don’t be shy! Ask me! If you’re looking for a good book or movie adaptation, let me help you find it. I’ll be here for all your literary needs. This is a book blog run on an obsession for shiny new books, worn-through old classics, and all attempts at moving those stories to the screen, just like this The Spiderwick Chronicles adaptation!

For other adaptations expected to be released in 2023 make sure to check out 2023 Book to Screen adaptations.
Any other Tony DiTerlizzi and Holly Black adaptation news will be updated quickly. Luckiest Girl Alive Adaptation (2022): Everything We Know So Far About The Thrilling New Movie